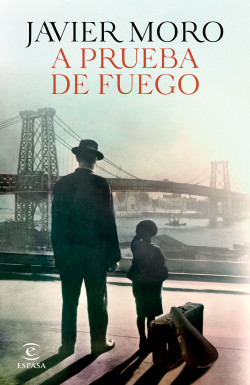 Once Upon a Time in New York

New York, 1881. The streets of the city are boiling over with frenetic activity, the shops and factories are multiplying, and immigrants are pouring in from all over the world in search of a future. One of them is Rafael Guastavino, architect, artist, self-made man, and merchant par excellence, a man determined to make his way in the land of opportunity. Without any contacts or even a single word of English, he flees to the new world, leaving behind the disgrace of a failed marriage, in the company of his oldest son, his lover, and her
two children. But they don’t show up empty-handed: Gustavino has a plan.

Visionary, womanizer, an eccentric, and an architectural genius endowed with an original and stunning aesthetic sense, Rafael comes up with a solution for the fires that are plaguing the wood-framed buildings of the period: vaults inspired on those from the Mediterranean. After dodgy beginnings that nearly leave him ruined, his first opportunity arrives in Boston, where he is hired to build the vaults of the public library. He then becomes a famed architect taken on for projects by the great magnates of the time (the Astors, Rockefellers, and Vanderbilts). This gives birth to an empire that makes him rich and turns him into “New York’s architect.”

Highlights Once Upon a Time in New York

Once Upon a Time in New York is the magnificent portrait of an era and of the architect who reshaped New York with works whose beauty still takes our breath away.

Javier Moro, author of several character epics,here fictionalizes the life of a memorable man who embodies the American dream: Rafael Guastavino, creator of some of the most emblematic buildings in the history of American architecture, like Grand Central Station and its Oyster Bar, the entrance to Carnegie Hall, and the Natural History Museum.