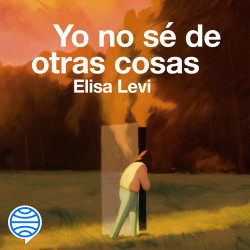 What Do I Know

Lea is 19 years old and thinks she’s seen it all, even though she’s never left the Small Town, a leafy Hamlet somewhere in the Country, halfway between the Big Town and the City. She has just met a stranger who lost his dog in the forest. In order to convince him to wait for the dog to return instead of entering the tangled bush to retrieve it, she begins to tell her story, which is the story of a great fear; a story set in 2012 when everyone was convinced that the world was ending.

Lea has an airhead sister, a father who works from sunrise to sunset on lands that once belonged to the family and now belong to the town bigwigs, a mother who’s also named Lea and who is the mirror of everything young Lea doesn’t want to be. Lea has a boyfriend, Javier, with the eyes of a wolf, and a best friend, Catalina, who cries every day; she also has Marcos, a boy who leaves her presents on her doormat but only knows how to be clumsy and violent. Now Lea has some new neighbors, and she doesn’t trust them because she knows that families only leave the City for the Small Town when someone has stopped loving them.

What Do I Know is the story of a girl who wants to experience everything, love everything, and squeeze out every last drop, despite everyone telling her that the world is about to end. Her story is very similar to what it’s like to be young anywhere, in any time period. In her second novel, Elisa Levi reveals she’s mastered the lesson of the greatest writers: there is no more universal place than the smallest of small towns.

"In literature, I’m most interested in voice. And Elisa Levi’s here is full of strength and personality."

«Levi transcends millennial literature and sings a non serviam with a Romantic lineage. Heir to the generational fatalism of Werther and the "disorder and early sorrow" of Thomas Mann, Levi revives that tradition with intensity and intelligence»