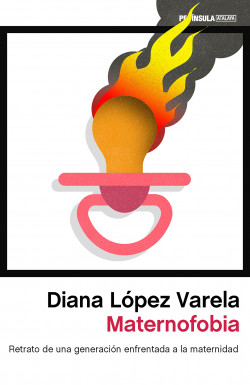 In Spain more people die than are born. The most recent data from the INE place the average age of first motherhood at thirty-one. In 1986, Spanish women had their first child before turning twenty-six. Not even mothers elsewhere are having children in their most fertile period. Spain and Portugal are the EU countries with the lowest birthrates, and despite all the warnings, it doesn’t seem women are interested in procreating more. 1.32 children per woman is far from the 2.1 needed to replace a generation. Doomsayers blame women for the imminent collapse of the pension system. And yet, Spain now has nine million more people than it did in the eighties.

The growth of non-mothers in Europe is an unprecedented phenomenon. We have gone from childless––women stigmatized for not having children––to child-free, women who have chosen against having children to devote themselves to more prosaic pleasures or to their careers. Some of them never have children, others push up against the limit of their biological possibilities or turn their bodies over to science in the name of the business of the century: assisted reproduction. In Spain, one out of every ten children is born in this way.

Despite the legal differentiation of sex and procreation, 35% of pregnancies are unwanted. Spain is on the lower end when it comes to being informed about the use of contraceptives. Free abortion, which was nearly illegalized in 2013, is still stigmatized in the Spanish public health system.

Faced with this phobia toward motherhood, a new model of militant motherhood, stricter than ever, embraces the principle of maternalism to try and force women back into the home. Pediatricians, teachers, and other mothers encourage women to give birth to save the capitalist system by sacrificing their souls for their babies.

As the years pass and the tick-tock of the biological clock threatens, women cannot flee from their condition, no matter how much we try. The pull is there, even when it isn’t.

Why don’t we women have children?

Is it true that reproduction is an act of love?

Why doesn’t anyone talk about men’s role in this struggle?

Portrait of a generation facing motherhood.

“Even if you don’t actually have them, your children always exist in your own mind and the minds of others.” Lina Meruane